Rugby fever has hit the UK, and there has been more interest than ever in the sport as the World Cup enters the play-off stages.

Between the quarter finals and semi finals, on Wednesday 21st October at 8pm, we will be hosting a night called ‘A Whole New Ball Game’ to explore rugby, life and faith.

Mark Simpson will MC the night which will include interviews with several Ulster Rugby players and Rico Tice (former Cambridge Blue) will conclude our night with a talk from the Bible.

We would love to have you along, it’s a free event, but you need a ticket. You can reserve yours by filling in the contact form below and collecting them on the night.

Tickets are limited, so don’t delay. 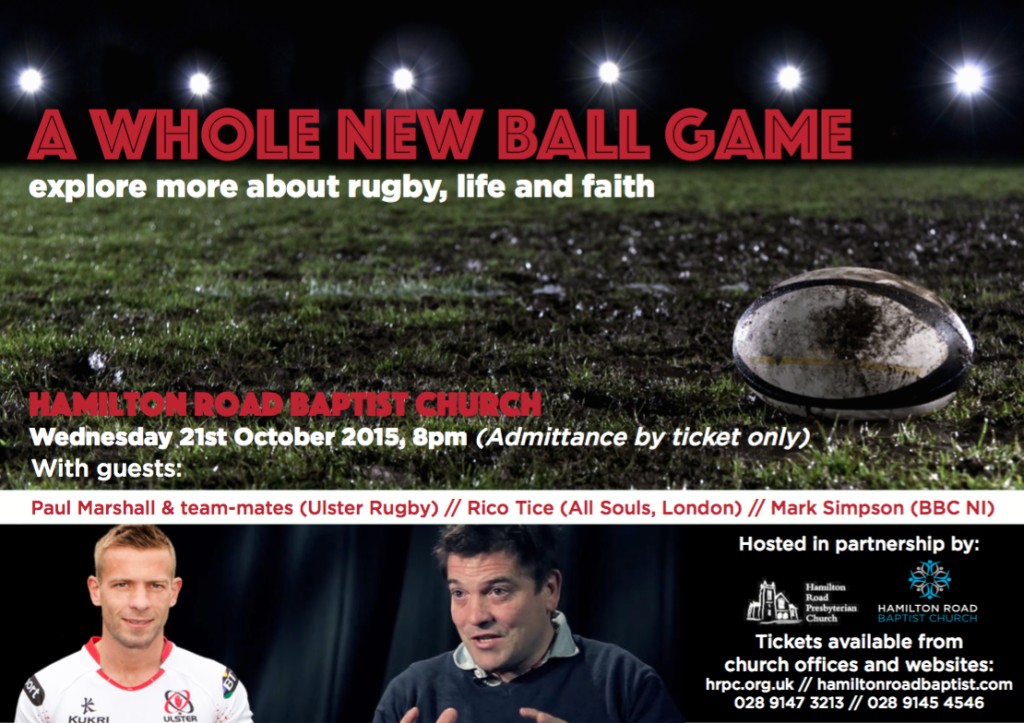